As the group grew they moved to Sunnybrook Community House, Wynn Vale early in 1989. This remained our base until St. Mark’s Church was built in 1993 on the corner of Wynn Vale Drive and The Golden Way. Our numbers continued to grow and at the time of our 10th Anniversary Service, we had approximately 200 members.

Some of our first Parishioners came from St. Luke’s Modbury, and then as people settled into this new housing area, we attracted local residents.

The first fulltime Priest for Golden Grove was the Reverend Graham Head who was commissioned at Sunnybrook on Tuesday 4th April 1989. Fr. Graham as Priest in charge was in 1991 joined by Sister Julianna, who worked in the Parish several days a week. On 6th December 1992 Sr. Julianna was ordained a Priest, being one of the first women to be ordained in the Anglican Church in South Australia .

The Sunnybrook group had several fund-raisers – bush dances, progressive dinners, and a Post Melbourne Cup dance. We also had many lunches to celebrate Feast Days and other observances.

As our numbers grew it became apparent that we should think about our own Church Building . We were concerned that we might loose our intimate group feel that we had when we moved into a large building. A building committee was formed and after much discussion a plan was drawn up for both the Church and the Rectory on the same block.

We were able to build the Church and Rectory from funds received from the closure of St. Mark’s, Maylands. We also received several items from the Church Building, the Brass candlesticks which sit on the alter, the alter itself which one of our Parishioners made a beautiful table which the Host and Chalice stand on, vestments and alter cloths and alter frontals, the processional cross, a Church bell and the communion gong and a Sanctuary chair. The elaborate design on two of the frontals were preserved and used on the hood of two copes that were later made for the new St. Mark’s. At one stage the Congregation was asked to think about the name for our new Church. After much discussion we decided to call our Church St. Mark’s to carry on the name of the Maylands Church .

One Sunday we walked to the new block and Fr. Graham blessed the site of the new buildings.

The week before the opening and consecration Service, we picked up our belongings and as a Congregation, led by the Servers, Fr. Graham and The Rev, Sister Julianna, we marched to our new home. I’m sure passers by wondered what was happening.

The Church was consecrated on the 21st March 1993 by the then Archbishop of Adelaide , Ian George during a wonderful thanksgiving Service attended by Parishioners, Clergy and invited guests. An afternoon tea followed served in the grounds under a Marquee.

As a group we set about the task of planting trees, lawns and gardens in our very large block A path was laid from the car park to the Church door which we called the Anglican Way . This was completed in 1995. The pavers were bought from donations of “buy a Paver.” This worked well, so the next path was from Wynn Vale Roadside to the Church door on that side- “The Apostles Steps” A Memorial Garden was established in 2000, where we once again had a fundraiser to buy roses for the garden. A donation of the lights along the Anglican Way was received so we could at last see our way to the door. Many other donations have been made over the years. On the inside of the Church donations of the Eternal Lamp, Memorial Book, the Icon Crucifix, the carpet from the door of the Church and into the Sanctuary, a Credence table and the Sanctuary Chairs, the Cross that stands on the front of the Church, facing the Golden Way. 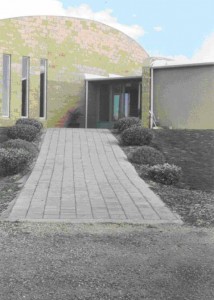 We had many fundraisers- car rallies, trash and treasures etc. We also needed to attract new Parishioners so we letter dropped a large area of Wynn Vale and Greenwith with some success

We had one Holy Communion service each Sunday at 9-30am (sung Eucharist) with Sunday School at the same time, now in 2005, we have added an 8am said service and also a 6-00pm, a more contemporary service aimed at being an alternative and different style of worship from the morning services. This service is held alternative weeks. Apart from the Sunday Services, there is also a Eucharist at 9-30am Wednesdays followed by a craft group. Bible Study, Prayer Group, Meditation, Youth Group, Seniors Group, Men’s Breakfast, Mothers Union are also held during the week.

In July 1998 we celebrated 10 years of Anglican Worship in the Golden Grove area. We started the celebrations with the Singers Group performing in The Village Shopping Centre. On Saturday 4th July we had a “Beating the Bounds” Service. It is an old English tradition where the group goes to each boundary of the Parish and has prayers and a short service before returning to the Church for final prayers and thanksgiving. On the Sunday 5th July we had a Solemn Eucharist celebrated by Bishop Stuart Smith who was our Mentor in the building process. It was a wonderful service followed by a Parish Lunch. On Sunday 12th July there was a Thanksgiving Service followed by afternoon tea. Now for the next ten years!

Fr. Graham Head celebrated his last service with us as Parish Priest on 25th April 1999 before taking an appointment as Priest in charge at St. Margaret’s, Woodville. This Service was a Confirmation Service where several people were confirmed.

We had Locum Priests for several months, which was hard as a congregation, but it also pulled us together as a Worshipping Group and to lok after each other. On 8th October 1999 Fr. Ian Young was commissioned as our new Priest. Fr.Ian and his wife Jan were greeted with much enthusiasm.

Our oldest member at the time was Howard Loft. During 2000, he celebrated his 90th Birthday. He helped to plant a tree and of course we had a Birthday Cake to celebrate his special day.

We continue to establish our Grounds with paths and trees and gardens, including a Memorial Garden , which was completed in 2000.

As a community, we have been involved in an Inter Church Expo, held at Karadinga Community Hall in 2001,the Christmas Tree Festival, held at St. John’s, Lutheran Church, Ridgehaven and we have also hosted the Pentecost Ecumenical Service, and collected food and clothing at the local shopping centre for Anglicare and

The Magdalene Centre, Trading tables etc. Prior to Christmas there is a bake-up to cook Christmas treats for the Magdalene Centre. A Teddy Bears picnic is held annually for the Children who have been baptised at St. Mark’s. The Sunday School Children are involved in the Tea Tree Gully Christmas Procession with a float depicting a Christian theme. 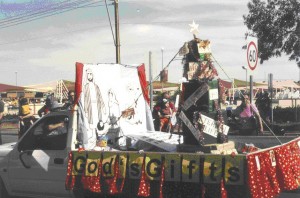 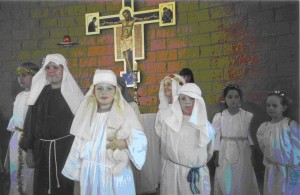 A Dedication Service is held each year in July, Confirmation Services and Baptisms, and Weddings.

We are aware of the wonderful Gifts and talents our Parishioners have and over the last few years we have celebrated with a Thanksgiving Service, where Parishioners are invited to bring articles that they have made or restored or their particular interest either in the workplace or at home. There have been a wide variety of articles presented and we have to appreciate the wide diversity of gifts we have all been given.

Declining numbers attending Churches have been a concern and have affected most Churches in the area. We at St. Mark’s will continue to spread the Good News of Jesus and be a caring community within the Tea Tree Gully area. 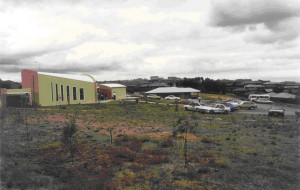 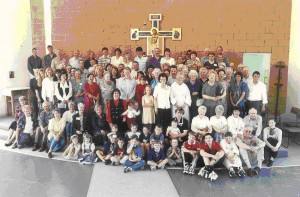